Dr. Floyd’s career spans over 45 years of academic service in universities and community colleges in Texas, Iowa, Kentucky, Virginia, and Florida. Her career includes service as a professor, community college president, vice president and dean of students, assistant to a university chancellor and a university graduate dean. Since 2001, she has served a faculty member at FAU where she specializes in higher education leadership.

Since 2011, she has served as the Editor-in-Chief of the Community College Journal of Research and Practice, a 43 year old scholarly refereed journal published monthly by Taylor and Francis which is a Division of Routledge Publishing. She has served on several prestigious editorial boards and routinely reviews scholarly book proposals from numerous publishers. While she enjoys publishing her own writings, she also enjoys assisting others with publishing research that helps inform policy and practice in the field of community college education, higher education and leadership.

Dr. Floyd has received numerous national awards including the first recipient of the Woman in Higher Education Achievement Award from the National Panhellenic Council (NPC) and the Distinguished Service Award from the Council for the Study of Community Colleges (CSCC). But, her most prestigious award was being named by students as the 2011 University Distinguished Professor of the Year at FAU. Additionally, in 2018, she was featured in a video produced by Florida Atlantic University as one of FAU’s favorite professors.

She earned her doctoral degree from Virginia Tech with a specialization in community college education. Her masters and bachelors degrees were earned from Texas A & M University-Commerce with major areas of study in speech, English, counseling and higher education. She is a graduate of Harvard University’s Institute for Educational Management and the League for Innovation in Community College’s Executive Leadership Institute.

In her leisure time she enjoys movies, live theatre and the arts, Pilates, walking on the beach, and conversations with interesting people. 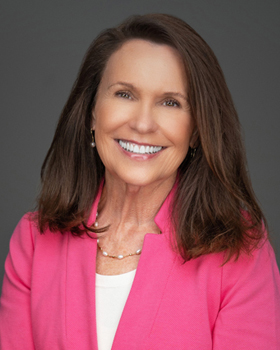