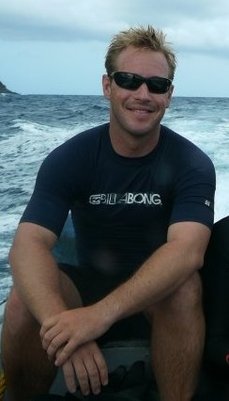 Dr. Joshua Voss is  the Executive Director of NOAA's  Cooperative Institute for Ocean Exploration, Research, and Technology  and an Associate Research Professor at Florida Atlantic University’s  Harbor Branch Oceanographic Institute . His primary areas of interest include shallow and mesophotic coral reef ecology, coral health and disease, molecular ecology, marine conservation and management. Through Harbor Branch’s  Robertson Coral Reef Program  and  CIOERT  he works to discover, characterize, and protect coral reefs ecosystems. Voss is a certified technical diver and scuba instructor who has completed over 1500 scientific dives and led more than 35 scientific expeditions primarily in the Bahamas, Florida Keys,  Dry Tortugas ,  Belize , Cuba, and  Gulf of Mexico  with additional investigations in Panama, Curacao, Bonaire, Dominica, USVI, and St. Eustatius. Voss teaches undergraduate courses in the Harbor Branch  Semester by the Sea  Program, graduate courses in the FAU  Department of Biology , and molecular workshops for high school students. He also serves on various committees including the  South Atlantic Fisheries Management Council  Coral Advisory Panel,  Southeast Florida Coral Reef Initiative  Team and as co-lead of their Technical Advisory Committee, the  Florida Keys National Marine Sanctuary  Technical Advisory Committee, the South Florida Marine Research Hub, and FAU’s  Diving and Boating Safety Committee . After growing up on the beaches of central Florida, Voss attended  Elon University  in North Carolina and completed a B.S. in Biology along with minors in Philosophy and Chemistry. He earned his Ph.D. in Biological Sciences at  Florida International University  in Miami, and was a member of the Marine Science faculty at  Eckerd College  in St. Petersburg before joining FAU Harbor Branch. 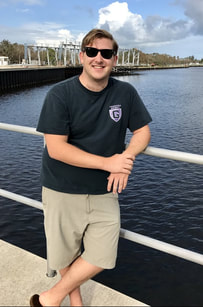 Ian is a lab technician who recently graduated from  FAU  with his Master's in Biology in December 2019. He received a B.S. in Marine Science with a concentration in Marine Biology from the  University of Delaware . Ian’s thesis research focused on characterizing the impacts of a newly-described disease known as  Stony Coral Tissue Loss Disease  that is currently affecting scleractinian corals throughout  Southeast Florida . Ian fate-tracked individual colonies and used photogrammetry and three-dimensional modeling to assess disease progression rates. Before joining the lab, he previously worked as an intern with  Mote Marine Laboratory’s Coral Health and Disease Program  where he examined genotypic responses to ocean acidification and rising sea surface temperatures in  Acropora cervicornis . Ian also interned with  Mote’s Coral Reef Restoration Program . 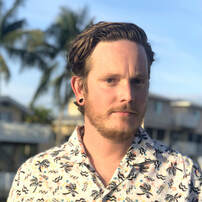 Ryan is a Ph.D. Student who recently completed his Master's in the lab in July 2019. Ryan’s thesis research focused on the coral species Montastraea cavernosa at several sites within two marine reserves on the Belize Barrier Reef. He used microsatellite markers and next-generation sequencing to examine how M. cavernosa populations and their assemblages of endosymbiotic algae (family Symbiodiniaceae) varied across a gradient from shallow to mesophotic depths. He received a B.S. in Biological Sciences from Florida State University. Prior to starting at HBOI he worked as a researcher at NOAA’s Flower Garden Banks National Marine Sanctuary, starting in 2009. While at FGBNMS he coordinated offshore field logistics for scientific diving missions and Remotely Operated Vehicle (ROV) expeditions. He also ran quarterly long-term monitoring water quality sampling cruises and maintained long-term water quality sampling instrumentation. 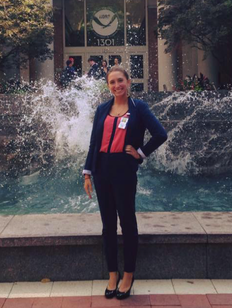 Alexis is a Ph.D. Student who joined the lab in August 2017. Her thesis research will focus on the characterization of mesophotic and shallow coral reef communities off the coast of Cuba, Mexico, and the Florida Keys. She will be utilizing a combination of molecular techniques to improve the understanding of the ecology, genetic connectivity, and associated symbiont assemblages of populations of the coral Montastraea cavernosa. She is a graduate of the University of Miami with dual degrees in Marine Science and Biology. Prior to her graduate work at HBOI, she worked in education and outreach and policy development for the NOAA Office of National Marine Sanctuaries and Office of Protected Resources. As an undergraduate NOAA Hollings Scholar, she led coral health impact and human use surveys in Tumon Bay, Guam. She also worked as an undergraduate research assistant in the Cnidarian Immunity Lab, focusing on wound healing processes in the coral, Pocillopora damicornis.

Juliett González Méndez is a Ph.D. Student jointly supervised by Dr. Voss and Dr. S. Patricia González Díaz, director of the Center for Marine Research at the University of Havana. Her dissertation research will focus on the characterization of mesophotic and shallow coral reef communities off the coasts of Cuba and the application of these results to management of marine protected areas. She was a key participant in the 2017 cruise circumnavigating the Cuban archipelago. Juliett received her Biology degree from UH and then earned two Master's degrees related to marine ecology and management of marine protected areas. For the past 17 years her research and monitoring efforts in coastal marine ecosystems have contributed to the planning and management of marine protected areas in Cuba. As a specialist for Cuba's National Center of Protected Areas, Juliett's research focuses on the biology and ecology of coral reefs. She also coordinates the monitoring system for biodiversity in Cienaga de Zapata National Park. 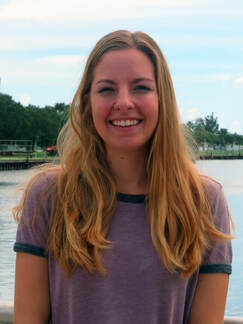 Erin Shilling is a Master's Student who joined the lab in August of 2018. Erin's thesis research involves comparing the success rates of various coral disease intervention methods, as well as analyzing any impacts these treatments may have on coral mucus microbial communities. Her work is part of a collaborative effort to save corals in the southeast Florida Reef Tract that are affected by an outbreak of a disease termed Scleractinian Tissue Loss Disease. She graduated in 2017 from the University of Texas at Austin with a B.S. in Biology, focusing on Ecology, Evolution, and Behavior. At UT she interned with several non-profits and volunteered in the lab of Dr. Misha Matz at UT, examining potential biomarker genes in Acropora millepora. Erin also studied abraod a three-week field course in Akumal, Mexico, and led surveys to assess potential human influence on coral reef community structure. She took part in UT's Semester by the Sea program, spending a semester in Port Aransas, TX. 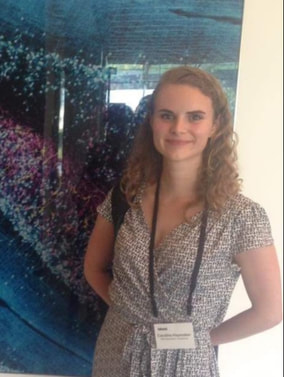 Caroline is a Master's Student who joined the lab in August 2019. She received a B.S. in Biology with a concentration in Conservation Leadership from  Old Dominion University . In her senior year, she became an Undergraduate Independent Researcher with the  Barshis Lab . During her time there she managed the second half of a long-term independent study to determine the genotypes of  Goniastrea retiformis  and their endosymbionts (family Symbiodiniaceae) sampled from American Samoa. Once she graduated from ODU in 2017, she began a four-month internship at the  University of Western Australia  in the  McCulloch Lab . There she aided in a long-term coral acclimatization experiment ( Acropora aspera  and  Dipsastraea sp .) under the mentorship of a post-doctorate fellow,  Verena Schoepf . After returning home to Virginia, she worked as an adjunct instructor at  Tidewater Community College  for the 2018 school year.